Year Of Success... Without Much Of My Own... 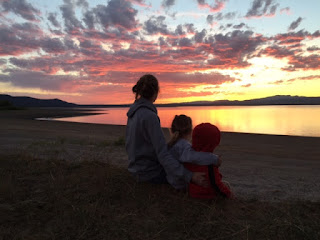 My hunting season has been full of ups and downs to say the least... Opening day August 15th, 2016 I was able to arrow an antelope doe! I have hunted spot and stalk antelope for 4 years with no success so notching a tag for an archery antelope was such a rush and rewarding hunt for me!  Little did I know, that was the pinnacle of my luck and from that point forward I was going to have one of the roughest archery seasons I have ever had. 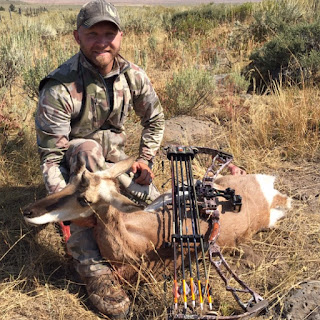 From that point on, my luck has seemed to have a personal endeavor against me and my desire to get out hunting.  My vehicle has broken down not only once, but multiple times while on my way up to go hunting.  I can drive my vehicle all week long with no problem, but at 4 in the morning on the way up the mountain, it seems to have something against me... Aside from the vehicle problems, I have had numerous other conflicts that have frustrated me to no end this season. 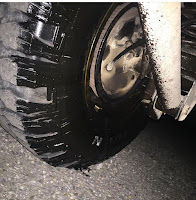 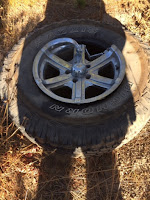 With all the negative factoring into my hunting season, I have stayed persistent and have taken the back seat in some regards by unintentionally not expecting a lot out of my hunting trips.  Last year I helped get my cousin into archery hunting and helped him tag his first animal.  I got him out hunting once this year but due to my karma I must have rubbed off on him and the hunt ended unsuccessful.  Later that same week, my cousin said he wanted to get out hunting again and of course it was an evening that I had numerous conflicts and couldn't get out hunting with him.  Within an hour of my cousin letting me know he had made it to our hunting area, I got a text message saying that he had just arrowed a deer!  At first I didn't know if he was just pulling my leg or if he had really gotten out and got himself a deer.  As soon as I was free, I called him to get all the details and headed his way to help track and/or pack it out.  Sure enough he had a young whitetail buck double lunged and piled up when I got there.  As we sat back and talked about his hunt, we put together that one year ago to the exact date is when he shot his first archery deer less than 100 yards away from where he had just taken his 2016 buck! Hunts like this is what kept my fire going as the luck hasn't been on my side this year.  Sharing a small part of a memory like this is just as rewarding as filling my own tag... to an extent :) 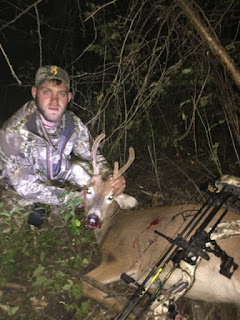 As the month went on, my focus switched to elk as I was hearing about how many people were seeing and harvesting elk in my area.  I chatted with my dad and one of my brothers about chasing elk in an area we have always loved to hunt.  As I got into our area with my dad and brother I will admit, I had very little hope of seeing much.  I had gotten into this area just two weeks earlier and saw literally nothing yet covered miles of ground... This trip however started off quite promising as we started hearing elk bugle within the first 15 minutes of our hike in.  We talked and formulated a plan on how we were going to set up and then hustled to where we wanted to be just before daylight.  We were all set up and spread out to the three different locations we know the elk typically travel in this area.  I stalked in and had elk all around me.  I saw two bulls chasing a cow back and forth between some trees.  I snuck into bow range and ranged a tree at 60 yards.  Just as I set my range finder down, one of the bulls stepped out from behind the tree I had just ranged and stopped broadside!  I pulled back, put my 60 yard pin right on him, and let go! Just as if it was in slow-motion, I watched my arrow come out of my bow, soar through the air, and just as it got to where the elk was it flew right underneath the elk... Of course all the elk ran off as I could see my arrow in the dirt behind where the elk had been standing.  At that moment I kicked myself for not compensating for the fact that the elk had stepped out from behind the tree I ranged and was 8-10 yard behind what I had ranged... Luckily it was a clean miss and I didn't wound an animal. 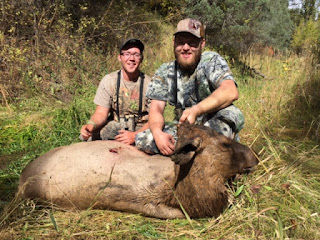 Shortly after I picked up my arrow I got a text from my brother telling me he had just arrowed a cow elk.  I slowly worked my way through the trees in hopes of catching a straggler elk that may have stayed behind the others... I caught a glimpse of some elk walking though the trees just on the other side of a large clearing.  I sat and watched as the closest I could get was 200 yards with very little cover.  As I was watching the elk graze through the pine trees, I saw an elk dart out of the trees to the right of all of the other elk.  I turned to watch this elk as it stopped, rolled around in the grass as if it were wallowing in a mud hole.  I was super confused as I could see where the elk was, it was extremely dry and open... just as I started to put two and two together the elk stopped moving and lay motionless.  I grabbed my phone and texted my dad who was supposed to be on that same ridge.  Just as I clicked send on my phone, I got a message from him staying he had just shot a 5 point bull!  Shortly after this, we all met up and shared high fives, and laughed at how awesome it was that we had two elk on the ground.  After taking a closer look at the bull my dad had shot, I realized it was the same bull I had flung an arrow at earlier that morning! 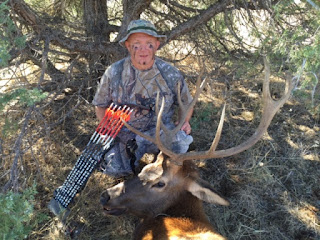 With the close of archery season, my luck hadn't changed.  I got out a few times but didn't accomplish anything other than burning calories and wearing out my boots.  Through the month of September I was keeping an eye out for a good bull as my older brother had an early bull tag for the rifle season.  As I caught glimpses of a few potential bulls I wasn't 100% we had found one worthy of receiving the 300 win mag bullet.  As my brother's hunt started, we went back into the same area my dad and other brother had tagged their elk.  This is the same area I had come two other times without seeing a thing... Of course seems how I wasn't hunting, we were seeing elk left and right! We saw a few cows, a couple small bulls, and then... the big guy! 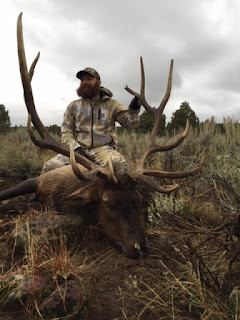 My brother snuck out from behind a tree and got ready for a shot.  I slowly moved in behind him to selfishly watch him shoot.  Just as I peaked over my brother's shoulder I saw a great 6x7 bull elk bugle while staring right in our direction.  The bull had us pinned and was getting nervous.  Just as the bugle ended I heard the safety go off on my brother's rifle... second after this, my brother sent a bullet in the direction of the bull immediately dropping the bull right in his tracks! The rush of excitement when the bull hit the ground was indescribable! As we walked up on my brother's bull, it's rack seemed to just keep getting bigger and bigger! Once again, the moment, the hunt, the rush, and the passion all compensated for all of the bad luck I had experienced up to that point this season. 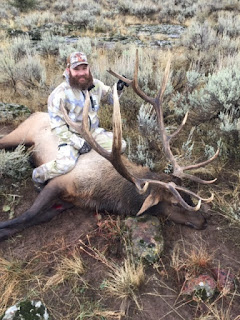 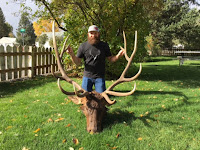 So even though my season has been a frustrating one in regards to my own success, I have been involved in some amazing moments and memories with those I love.  It is a great reminder that any time spend in the outdoors is time well spent.  Even if your luck is as bad or worse than mine, there are always silver linings that help remind us of why we do what we do!
Remember that success in hunting isn't measured in inches, tags, limits, or even days/hours that are spent in the field.  Success in hunting is based solely on your experience and your interpretation.  Don't look at your hunt compared to someone else's hunt, or even compared to a past hunt of your own for that matter.  Each day is it's own day... you have an opportunity every day to make that day the best and most memorable day you can.  When negativity keeps swarming you and your plans, just look for those silver linings. Look for the positive in life.  I know this hunting season so far has helped teach me to take the focus off myself and my experiences and to focus on others.  Being selfless is never a bad trait to have... Now if I can keep that focus and perspective, then I may be getting somewhere :)
Posted by Idaho Pursuit at 9:13 AM