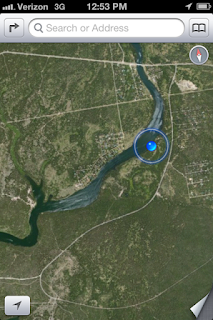 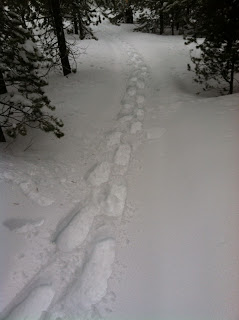 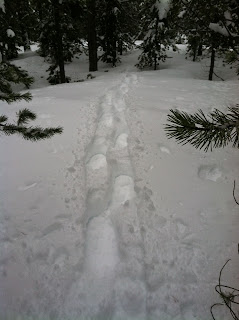 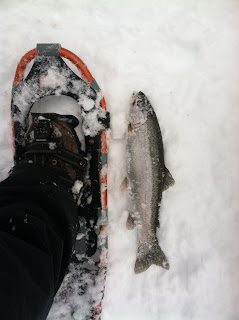 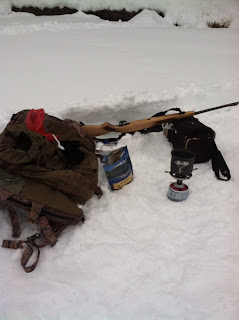 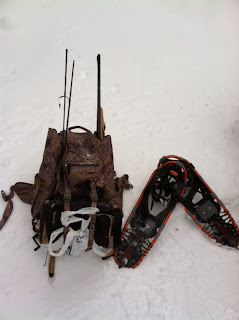 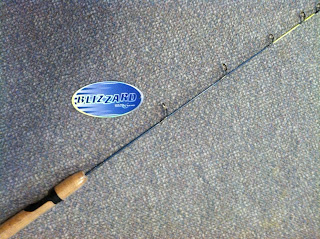 The winner of the two 30" medium action South Bend Ice Fishing Poles is Philip Peterson!  Thanks for everyone who entered, and thanks to JawJacker Ice Fishing Supplies which sponsored the giveaway.  Be sure to give them your support by either following them on Twitter and/or on Facebook.

I also want to thank everyone who visit's my blog. I have only been blogging for less than a year, and have really come to enjoy it.  I am glad that you all support me and follow me/my blog in one way or the other.  I truly appreciate the support.  Please let me know if I could every do anything different to make this better.
Posted by Idaho Pursuit at 2:27 PM No comments:

As some of you may have read in one of my earlier posts, I am a pretty big fan/believer in the JawJacker ice fishing tool!  I have caught a lot more fish than I ever thought possible since I've started using them!  I have used them now for about a year, and would never go ice fishing without them.  I have used them mostly to catch trout, seems how this is the type of fish that is primarily in the area I live, but I have also used them to catch kokanee salmon and perch.  I like how versatile the JawJacker is and how it allows me to successfully fish for these different species.  Because kokanee, perch, and trout all bite differently, I am able to use different actions of poles; lighter action for the perch and kokanee, while using heavier action poles for the trout.  I am also able to use various lengths of poles, which I enjoy because I am not tied down to using one specific pole for my JawJacker.  The other adjustment I can make is  the trigger sensitivity for the different types of fish I'm going after, and anyone who has been ice-fishing knows that some days the fish bite harder and other days they barely bump the bait. Those are all the different ways I can adjust and adapt the JawJacker to up my chances of catching fish while on the ice.

In Idaho I am allowed 5 poles while ice-fishing so I typically use as many JawJackers as I have while sitting close to the poles I'm jigging.  One of the only issues I have run into when I began using the JawJackers was not having enough poles!  This was especially true when I would take some of my friends or family fishing with me.  To ensure that this isn't the problem holding some of you back from trying out the JawJacker yourself, Matt (the designer of the JawJacker) has decided to sponsor a giveaway on my blog to win two 30" medium action, South Bend ice fishing poles!!!

Here is the info for the giveaway:
Follow the instructions on the RaffleCopter icon below to be entered to win 2 South Bend, Blizzard 30" Medium action ice fishing poles!

It's that time of year to bust out my snowshoes!!! Good thing I have the perfect boots for this activity!

For Christmas, Santa knew how much I love my Danner boots, so he decided to get me another pair to try out! I already had a pair of Danner Elk Ridge boots and think that they are amazing I absolutely love wearing them even when I'm not hunting or hiking around.  The boots I got for my winter fun are the Danner Pathfinder GTX insulated boots.  These boots are especially nice this time of year because they have 600 grams of Thinsulate insulation which is perfect for winter hiking.  These boots are extremely light especially for how warm and comfortable they are.  They are suited with Danner's light weight Mountain Goat outsole which provides amazing traction and durability without weighing down your every step!  Danner provides these specs for the Pathfinder GTX:


The fact that these boots are made of rugged Denier nylon instead of leather, provides a lasting comfort in wet conditions which is perfect for me using them for snowshoeing! These boots have been perfect for my hobby of snowshoeing as well as wearing them icefishing, or even shed hunting.  The comfort is amazing and the light weight design is like none other.  I have snowshoed in other boots and I hated how they made snowshoeing miserable due to being uncomfortable or extremely heavy.

On Christmas day when I tried them on, the exact words which came out of my mouth were, "They are more comfortable than my slippers!"  At first when I put them on and realized how comfortable they were, I was concerned that these boots were more about comfort than they were about structure and support.  However, the Danner Pathfinder GTX boot does not lack any in ankle support or structure.  While snowshoeing I walk on extremely uneven ground and these boots provide excellent support so that I do not have to worry about rolling an ankle while I'm miles away from the nearest road.
Posted by Idaho Pursuit at 7:33 PM No comments: