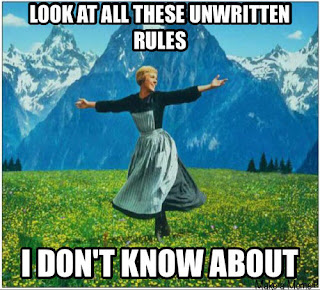 Oh the joys of social media :)

Now days it's nearly impossible to post a hunting photo or start a discussion without finding someone who disagrees enough to publicly "call you out" on something.  Often times these conflicts are exaggerated and perpetuated with works such as "ethics", "unethical", "sportsmanship", "fair chase" and many more.  Unfortunately these disputes do one of two things which essentially makes the problem bigger and bigger every day.

The two things that often happen are:
1st - Some people stop posting about hunting or fishing as they are afraid/annoyed that they will be attacked by sportsmen.
2nd - Those who share the overly critical mindset of policing and correcting everyone on social media finds empowerment and belonging when they see others criticizing other sportsmen.

Sadly the second consequence of this behavior perpetuates the problem to a younger generation that is on social media while still learning what is acceptable behavior not only on the internet but also in the field while hunting.  These young sportsmen need guidance in a positive direction not a negative outlook on anything and everything.  While those who are criticizing other sportsmen feel they are doing so out of an ethical obligation or way of preserving a sacred tradition, the truth is it is doing more harm than good.

To combat this I wanted to create a post of some of these "un-written rules of sportsmen" that get debated on the internet and give some guidance and direction to those who may be on the fence on a few of these topics.  Of course you may not agree with what I write and that's completely okay.  The main point I'll be focusing on is being a law-abiding sportsmen who understands conservation and their role as a consumer of our natural resources.  These are not in any particular order so lets get started. 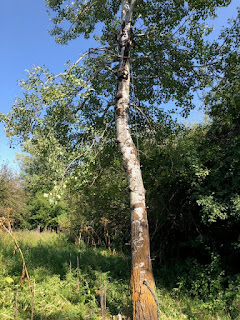 Personal Property - regardless if it is a treestand, trail camera, land, or any other type of personal property.  We all need to respect others property not in the way we would want our personal property treated, but by the way we know that person wishes for us to respect their property.  Just like our vehicles, homes, and other personal items, we give people permission to use or handle our property.  You wouldn't want into someone's house uninvited and help yourself to their commodities they have available inside... The same respect needs to be given to outdoors gear or land/property.  Concepts such as "Public Land Owner" has created an entitled mentality that if someone puts their personal item on public land, such as a treestand, then that personal item is now accessible to all who wish to use it.  We hear the comments all the time such as, "well its on public land", or "He doesn't own the tree it's on so why can't I use it...".  The bottom line to avoid conflict is that if is not yours, don't use it and don't touch it.  If you feel so entitled to someone else's property, I have a masters degree in counseling and I'd love to talk to you about some of your deep seeded issues contributing to this entitlement... 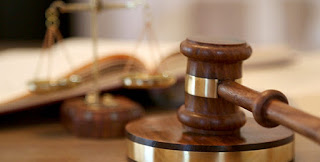 Law vs Ethics - Many of us know that the laws are in place for a reason and that they should be followed at all times.  This is no exception in hunting, fishing, or public access.  Sadly I didn't say all of us when I mentioned that the laws are in place for a reason... Some people feel that the bag limits, hunting seasons, weapon restrictions, or the sex of the animal is all irrelevant.  Fact is that we are not mountain men who live off the land, regardless of how off the grid we tell our social media following we are!  These laws and restrictions are in place to protects the passions we all love and wish to enjoy.  Conservation at its finest looks at the bigger picture rather than the here and now.  So i'm sorry if you see the biggest buck of your lifetime a week after your hunt closes, the laws are set to give all of us a fair shot at that buck and that memory.  Laws are laws and they should be followed.  If you don't agree with them or don't like them, there are ways to go about them to get them changed rather than taking it upon yourself to disobey them because you don't agree... NOW getting to the ethics side of the conversation.  When I hear a sportsman start a conversation with, "Ethically speaking" I cringe because what usually follows is a personal opinion that is often set as a standard to judge another sportsman.  Now when it comes to a personal conviction to live a higher law and follow what you feel to be ethical, then that is a personal commitment that governs the individual.  These ethics and teachings can be passed on through generations and companionship between hunting partners but should not be used to judge another hunter.  As long as the hunter is following the law, your own personal views on what ethical is should be a personal conviction.  I do strongly believe however that every sportsman should be ethical in all that they do.  They should always follow what they have been taught to take an animal ethically.  Now I know for myself my "ethical compos" has changed over the years and has motivated me to change some of the ways I have hunted in the past to hunting in a way that I feel is more ethical for myself.  Once again this is a personal journy that all hunters should be constantly pursuing to better themselves as sportsmen, but when looking at other hunters the laws should be the standard of judgment while ethics become the higher law sought for individually.

Fair Chase - Following the ethics discussion, the topic of fair chase is brought up a lot.  High fences, guided hunts, running dogs, archery vs long range rifle, shooting ducks on the water vs in the air, etc.  Whatever the game, every hunter has their own view of what fair chase is.  Each state has their own fair chase law and that is what should be followed.  If it is legal to shoot a duck while its on the water, then sorry if you disagree with it, a hunter has the choice to do so.  Idaho has been very clear in regards to using bait or salt blocks to "scout" for deer or elk.  Regardless if you remove the bait prior to hunting season, the area is considered to be a bait site and you cannot legally take an animal off that specific sight without it breaking the fair chase law.  They have stated that if the bait is removed and a season (year) has passed with no back at that sight, then the area is once again considered legal to hunt over.   Trail cameras that send pictures to a hunter is another item that gets brought up under this topic of fair chase.  Trail cameras, walkie talkies, lighted knocks, and so many other items all have restrictions and guidelines given by the IDFG.  Bottom line is, if it is legal, then it is allowed regardless of your personal opinions.  You can write into IDFG if you feel strongly about a item and they are great at listening and bringing concerns to the attention of other hunters and allowing public feedback on these issues.

In conclusion many of these "unwritten rules" are really personal beliefs that can influence the way we all hunt.  Now there are items such as respect that we discussed when talking about a persons property such as trail cameras and treestands that there are no laws set in place that prevent someone from sitting in someone else's treestand.  We are hunters should have enough respect for the sport and other sportsmen that we respect one another's property.  Don't touch someone else's trail camera unless its to clear off some debris.  Don't take someone's SD card out of them camera no matter how mad you are they are in "your spot".  Don't sit someone else's stand unless you have permission.  Don't hunt on private property unless you have permission.  Pursue your game in an ethical and legal manner.  The laws are set to protect you, the game, the sport, and our future.  Be kind to others, if you feel you're standards are higher than others feel free to mentor younger hunters and allow them to follow your foot steps not your keyboard battles on facebook!

Now I'm sure some of you may have an opinion on this post or one of the items I touched on so I would love to hear your thoughts or rebuttals.  Comment on this post or on our social media as long as you do so respectfully and with an open mind.  I myself am open to any opposing viewpoints and would love to try and look at an issue from your perspective,  I only ask the same from you :)

Get out there and enjoy the outdoors!

Posted by Idaho Pursuit at 9:46 AM