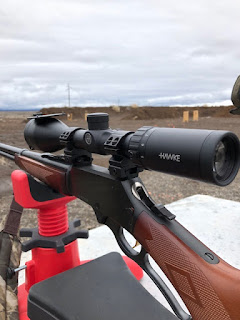 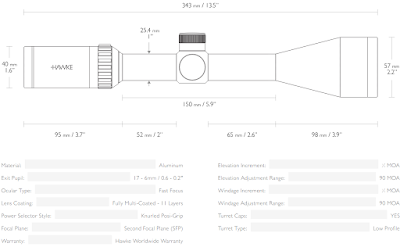 To sum up our experiences, switching to the Vantage 3-9x50 scope made a world of a difference.  It was unfortunate that I put my wife through a few years of poor quality scopes which tainted her hunting experience and made her question her abilities before I realized we needed to make the switch.  The most frustrating part for me was that the Hawke Vantage 3-9x50 was only $30 more than the cheaper and less effective scope that was on our 30/30.  I wish I would have gone with the Hawke Vantage 3-9x50 when I first got my wife into hunting, rather than waiting until now.
Posted by Idaho Pursuit at 7:04 PM