Stop Being Someone You're Not 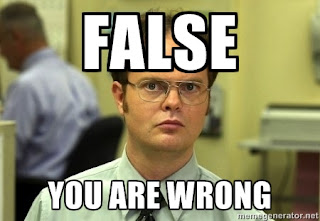 Fist off, I have taken a bit of a break from writing on my blog.  The last two or three months I have spent more time reflecting and internalizing many of the things that have been going on around me rather than spewing my thoughts and opinions out on my blog.  All around me there have been lots of different issues on and unfortunately the majority of them have shared a common theme.  The theme which many of the situations around me have shared is that of honesty, or the lack there of.  I want to share a few of my thoughts on the topic of honesty with yourself, honestly with those around you, and honesty in your hobbies specifically hunting and fishing.

We live in a world full of schemes.... schemes that encourage men, women, and children to be something they are not.  A world full of scenarios that not only encourage dishonesty but provide ample opportunities to portray that your life is how you display it on Instagram, Facebook, or other types of social media rather than how it really is.  Let me explain...

Instagram, Facebook, and other social media is notorious for making nobodies (relatively speaking) become someone people idolize, all because of the pictures they share.  In my opinion, there is nothing wrong with people investing time and effort into social media to promote themselves as there are numerous reasons and perks for why they would.  What is unfortunate about this scenario is that other nobodies (once again relatively speaking) get caught up in trying to keep up with the Jones'.  Pressure to post often, pressure to post funny/entertaining content, or pressure to catch the biggest fish or shoot the biggest deer/elk just to prove that you are "cool" like them... All of us want to take amazing animals.  We all want to capture the beauty in all of our adventures, but when this is the focus or motivation for our pursuits then as Fred Bear has stated, "A hunt based only on trophies taken, falls far short of what the ultimate goal should be." 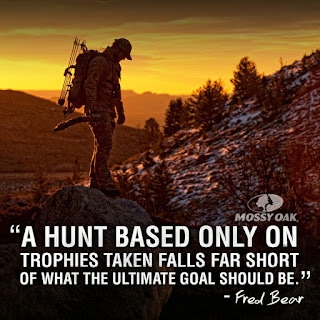 I know I am beating a dead horse, but when someone caves into these pressures and posts photos or stories that are not true, then this is where I feel something needs to change.  I posted on Instagram last summer that I challenged people to post a pictures of they "less than perfect" target practice and post that rather than their best grouping to show others that you don't have to be perfect and that everyone has an off day.  The funny thing about that post, is that I had some back lash from people saying that they usually posted their average groupings, that I am wrong to accuse people of shooting at a closer distance than they claim on their post, or that I accused them of pulling a random outlying arrow before they took a photo.  ANYONE who shoots a bow knows that you don't always shoot and hit exactly where you are aiming! All I am says is that I feel there could be some good that could come from posting an #HonestArrowChallenge photo that shows your honestly and humility that you don't shoot bull's-eyes all day every day.﻿﻿
The deceit doesn't just apply to social media.  Here is another area where I have seen a lot of frustration from those around me.  I have chatted with so many of my buddies who have pictures on their Facebook or Instagram of them and their wife while they were dating.  These pictures show these two outdoors hunting, camping, fishing, and shooting guns.  These pictures are fun to look at, but often leave a bitter taste in my mouth when I hear how badly their wife hates hunting, shooting, fishing, or camping.  In the pictures everything looks perfect, HUGE smiles, laughter, touching, and everything you expect from a young dating couple enjoying an activity together.  I know there are numerous reasons why these women could have enjoyed the moments when they were dating such as it being something new, something they didn't do often, or maybe they enjoyed seeing their fiancé/boyfriend having such a good time.  What breaks my heart is when you talk to these men, they say that they thought their wife was into, or at least open to, these hobbies they experienced when they were dating.  When in reality, many of them tolerated it for the time being, but express that they have always disliked guns, hunting, or the idea of killing anything.
Before I go on, let me be clear, you don't have to be married to someone who enjoys and participates in all of your hobbies to have a happy marriage.  The only point I am trying to make is that of giving the impression that you are okay or into something when in reality you have absolutely no interest in it at all.  Many of my buddies feel their wife only acted interested in hunting, shooting, etc. while they were dating so that their husbands would keep dating them.  I'm not talking about getting busy as a mom and not being able to get out and do all the different things you used to when you were dating, but I'm talking about when these people completely dislike or even hate the topic of guns or hunting yet married a hunter.  Also I know this is a topic that can go both ways where many husbands put forth an image that they are something they aren't and in turn disappoint their wife later on when they are not as sweet or polite as they were when they were dating... so without opening up a whole can of worms lets just look at it from both sides and say this... When you pretend to be something you aren't, or to be interested in something you aren't, then it is just a matter of time before it catches up with you.

I will sum up my thoughts with this final quote from  Karl G. Maeser, "I have been asked what I mean by word of honor. I will tell you. Place me behind prison walls—walls of stone ever so high, ever so thick, reaching ever so far into the ground—there is a possibility that in some way or another I may be able to escape, but stand me on that floor and draw a chalk line around me and have me give my word of honor never to cross it. Can I get out of that circle? No, never! I’d die first!" 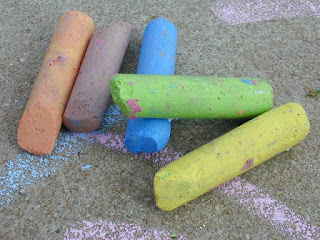 People, lets be honest... Be honest in your personal lives, your social media lives, and be honest with yourself and I can promise you, you'll find a lot more joy in your life and your activities/hobbies!
Posted by Idaho Pursuit at 7:32 AM

Email ThisBlogThis!Share to TwitterShare to FacebookShare to Pinterest
Labels: Honesty, Honesty in Social Media, man of your word