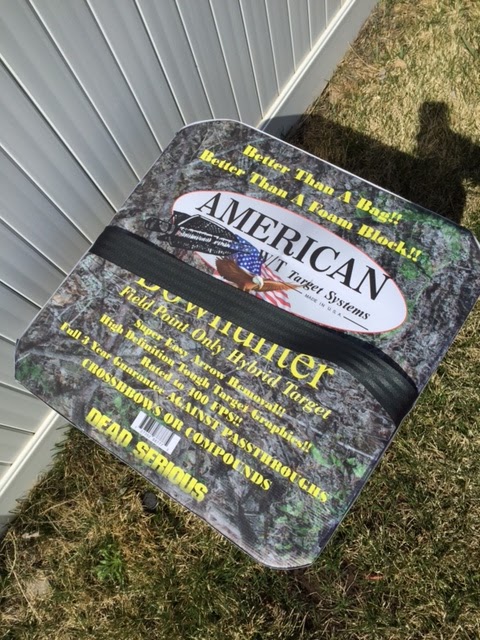 Like many of you, shooting by bow is not just a seasonal activity... I target shoot all year long, including during hunting season. Target shooting (practicing in general) is one key to being a successful bow hunter, and that's why I feel it's important to have a target that helps you become better. The target I will tell you about today is The Bowhunter which I purchased from American Whitetail Inc. You can check out all of their products online at ArcheryTargets.com

The Bowhunter is one of their "CompCube," or compression cube, targets. What makes these targets different from any other is that the CompCube series combines a foam shell with a ballistic inner "Compression Core" that actually repairs itself as it is shot from different directions. 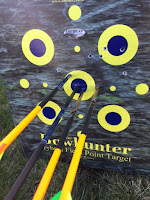 Design - I will admit, the idea of the "Self repairing" target was a concept I didn't really understand or grasp when I heard about it. I watched a few videos of their targets on their website and learned a little more about it, which helped me understand what was really going on inside. I have shot this target now for three months and there is still no sign of wear. The pictures have not faded from sitting out in the sun. I know it is a little premature to start talking about this target not showing signs of wear, but when you consider the fact that this company has a 3 Year Guarantee against pass-throughs, I am thinking it will be quite a while before I start seeing my arrows penetrating the target any further than what they do now.  This is a very big plus for me because I spend most of my time shooting in my back yard which is surrounded by our nice vinyl fence. I can only imagine how happy my wife would be if an arrow passed through my target and into her fence... I have the confidence of setting my target right next to the fence and don't have to worry about the arrow sticking through the other side.

Another factor I like about this target's design is that it has removable target faces that are held on by small brad nails.  I won't lie, at first I was a little cautious about this and didn't think it was constructed very well, but after shooting it for a few months, I've realized that this does not effect any of the functionality or durability of the target.  I do like the idea of changing out the target face/picture once the original one starts to show signs of wear.  I have had no problem with the target face coming off or the brad nails coming out.  The nails are just on the top and bottom of the target to hold on the target face so you don't have to worry about your arrow hitting a nail while shooting... (unless you miss what you are aiming at and hit the very top or bottom of your target--but then you have other things to worry about). 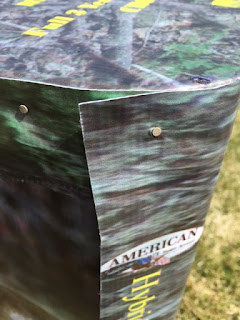 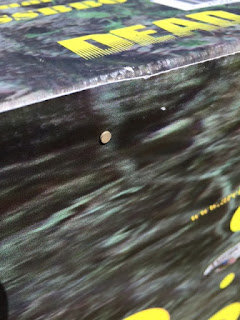 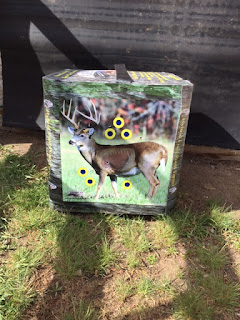 Looks - After talking about the design of the target faces, I want to talk specifically about the graphics of this target! One major reason I like this target is because of the graphics that I get to shoot at.  Taking it right off their website, "The Tough Target faces are printed on exceptionally durable reinforced poly material with extreme High Definition Graphics."  In my opinion, this target is the closes thing to shooting a 3D target as you can get without spending the price for a 3D target.  This is a huge plus for me because I get bored shooting at a block with dots every single day and its hard to picture myself shooting at a deer when I keep shooting at a square target.  At the same time I don't have the money to purchase a nice 3D target, nor do I have the space to store one.  The American Whitetail targets solve these problems for me by providing a simple target with amazing graphics that gives me the realistic feel I want for half of the price.  The target faces come in multiple options such as Elk, Deer (mule deer and whitetail), Turkey, Black bear, Grizzly, Caribou, Antelope, Wolf, Mountain Lion, and more.  Not to mention, there are multiple options for most of these categories as well! 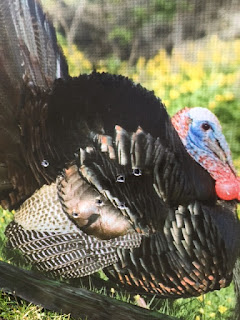 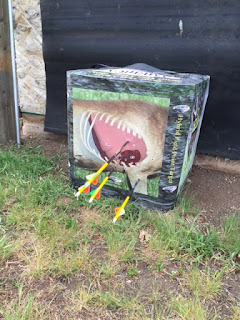 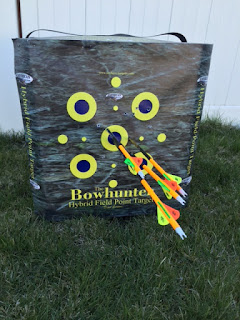 EASY arrow pull - The last thing I will mention before I wrap things up is the easy arrow pull of this target.  I have shot lots of different targets including Morrel, Block, Rhinehart, and others which are all good targets.  One thing I don't like about some of the other targets I've shot at is that it is difficult to remove the arrow from the target.  The Bowhunter, as well as all of the other targets from American Whitetail, claim to be a very easy arrow pull target.  I wanted to test this from the very first time I pulled the target out of the box, so I recorded my very first shot at this target with my phone and here is that video.

I even had my 2 year old daughter and my 3 year old nephew help me out and pull my arrows out of the target for me while practicing one night!  There aren't many targets that have a 3 year guarantee against pass throughs that can also have a two year old girl pull out the arrow from my PSE Revenge with a 70 lb draw weight...

I've shot this target consistently for about 3 months now, and it performs the same as it did the first time I shot it.  The Bowhunter measures in at 20"x20"x20" which is a good size for me.  The target sells for $79.95 on their website, which includes free shipping, that is quite a good price considering the guarantee against pass-throughs.  The target states that it is rated to stop arrows from compound bows as well crossbows which shoot a lot faster than your standard bow and arrows.  I took a few shots with my Barrnet Razor and The Bowhunter stopped the crossbow arrows consistently no matter how many times I shot it.  I attempted to shoot my new crossbow at my dad's older block target, and with how short the arrows were, I was burying the arrows past the fletchings. :/
I know one of the hardest parts to review on a target is the longevity and durability of the target over time.  With that said, I can only speak of what I've experienced so far. Even then, I would venture to say that this target has performed better at stopping my arrows, creating exciting realistic images to shoot at, and by far the easiest arrow pull I've ever experienced from any similar target.  The Bowhunter is not American Whitetail's top end target.  American Whitetail designs targets built with the same self-repairing center which can also be interchangeable with a broad-head center insert or the field point center.  This would allow you to have not only the four face target for field points but as well as a fifth option for shooting boad-heads... I encourage you all to look into American Whitetail Targets if you are in the market for a new (or just another) target.  With all of their different target options I feel confident that you'll find what you need.  I recommend this target to any archer at any level as a great backyard target!
Posted by Idaho Pursuit at 6:37 PM