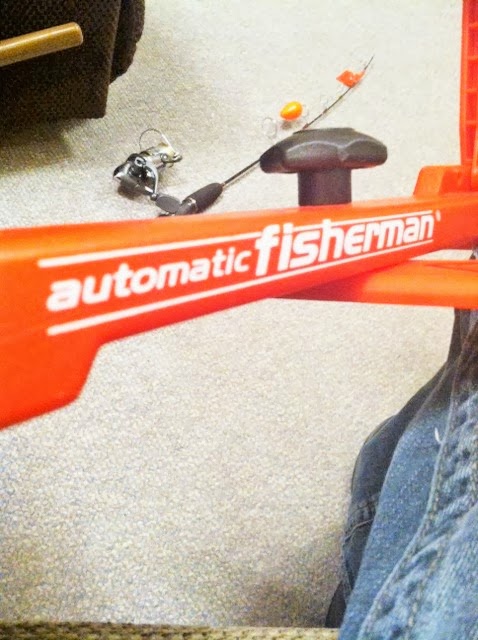 As many of you know I have been using the JawJacker now for a few seasons and have become a believer of them.  Even though I have been extremely happy with the performance of the JawJacker, in the back of my mind I have always wondered how they compared to the Automatic Fisherman.  The Automatic Fisherman has been on the market since 2002 but has been in the work since the 70's and was sort of the Grandfather of the "hook-set" gadgets for ice fishing.  I have talked to a lot of people who have used the Automatic Fisherman first and then tried the JawJacker but have not found anyone who has tried out both units by first being associated and familiar with the JawJacker.... So I decided I would give it a shot and this is how it went.
The Base Unit:
With the Automatic Fisherman, the base is made of a high density plastic that is rated for -90 below which is pretty durable if you ask me.  If you are fishing in weather colder than that your name must be Chuck Norris and you don't need any hook-set system; you could probably swim after the fish and they would surrender to you! The base is one solid piece excluding a support brace arm that tucks away neatly underneath when not in use and spreads out about 5 inches on each side preventing the unit from tipping over or being pulled into the hole by a hooked fish.  The only other part of the Automatic fisherman that is a moving part is the trigger mechanism that I will discuss later. 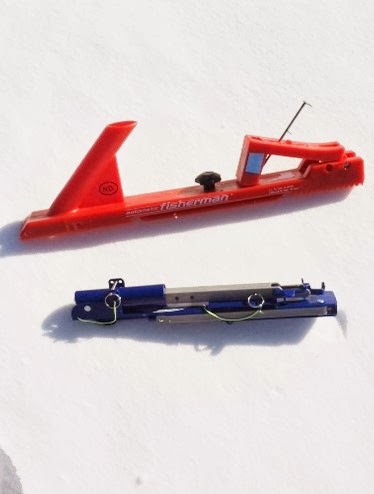 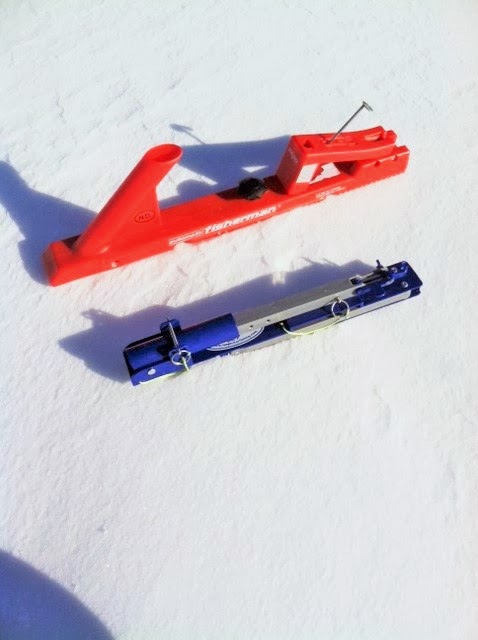 One thing that I was quickly uneasy with concerning my previous experience with the JawJacker was the size of Automatic Fisherman.  Compared to the compact-ability of the JawJacker, the Automatic Fisherman is a lot more difficult to pack and transport.  While at the same time, the benefit of the bulkiness is the fact that there are less moving parts, which means less parts that may break.  Kerry who designed the Automatic Fisherman says that he has built and distributed over 60,000 of these and has only gotten one back because the customer was using it as a hammer to try and break the ice...  The Automatic Fisherman is covered under a lifetime warranty for the base unit and trigger system.  The website may be a little confusing about the warranty because they sell the base unit as well as many other accessories.  If you have any questions about this please email or call Kerry off the website and he would be more than willing to help you out if possible.  I have heard a lot of people talking concerning the JawJacker's durability in the cold but I have not had any problems myself with this at all.  One of my fisher partners on the other hand failed to set up his JawJacker correctly which resulted in his rod holder adjustment breaking on him.  He still uses his JawJacker but has had to find a unique way to set his adjustment pin. 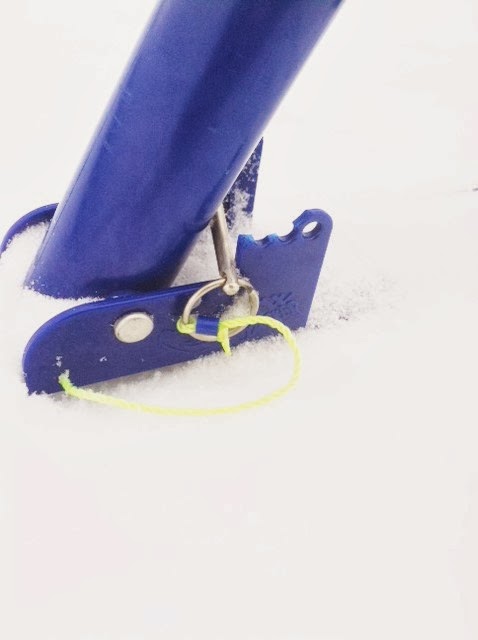 I am not sure what other abuse this JawJacker went through before it broke like this but I also know that the guy who this happened to has used this JawJacker for over two years now and when he is not using it just tosses it in a bucket with his ice-fishing rods to transport it to and from fishing. 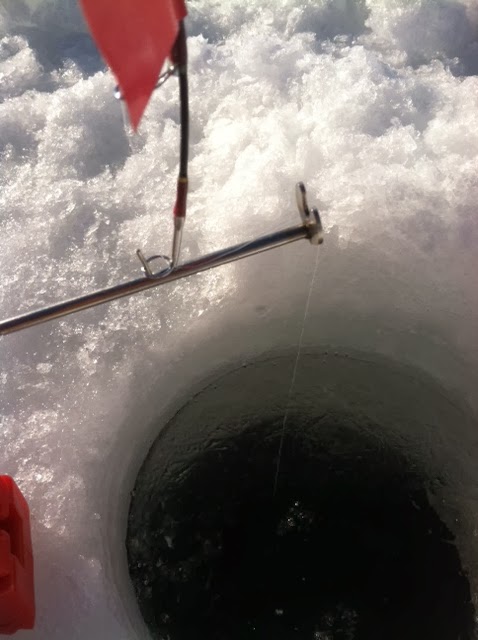 The sensitivity of the unit can be adjusted by simply bending the metal pin which you hook your rod on.  The more you bend it toward the rod the stiffer the sensitivity.  The more the pin is bent in the other direction, the more sensitive the trigger will be.  I did not like how the trigger mechanism was metal just because I often got my hands wet while taking care of a fish and then my fingers would stick to the metal while trying to rest it.  What I liked about the trigger mechanism of the Automatic Fisherman is that it is very simple.

My Observation!
The one ting I picked up on that I don't know how much of a difference it makes is that when you set the trigger with the Automatic Fisherman, the rod tip is lower than the line at the top of the trigger arm.  With the JawJacker, the rod tip is actually higher than the line when the line is placed in the "V" of the trigger. With this I noticed that even when I set the trigger to extremely sensitive on the JawJacker, there were times when the fish would just slightly bump the bait but the line would tighten without setting the trigger off.  I don't know if this was in my head or if the angle of these trigger mechanisms were a factor in hook up ratios. 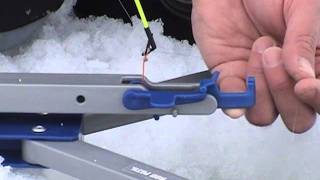 I will say that but also say that I have caught some extremely small fish which were light biters on the JawJacker so I am not sure how much of a factor this was.
I did a lot of research about these two units both from advocates of the Automatic Fisherman and advocates of the JawJacker and found that many of the reasoning behind using one unit over the other were quite common.  This is what I found from some of the advocates.

Bill: @BYOUNG460 [Instagram] - "The Automatic fisherman is a beefy and has a large profile, but can be cumbersome and take up more room to transport.  The JawJacker is light weight and compact and can be easily packed away in the smallest of area."

Brandon: @wip95 [Instagram] - "I give the Automatic Fisherman a 10/10! It is effective for catching everything from pike to light biting trout"

Rod: @Bass_Junky [Instagram] - "The Automatic Fisherman is made of a high density plastic and is rated for weather up to -90. It takes a beating on the ice and holds up to being dropped, kicked and knocked around inside you sled."
- You can check out Rod's review here http://bassjunkiesfishingaddiction.blogspot.com/2011/12/jaw-jacker-vs-automatic-fisherman.html?showComment=1390278899788#c8322668606394071085 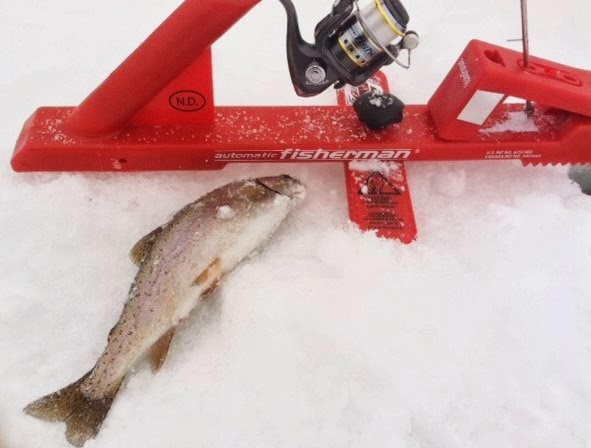 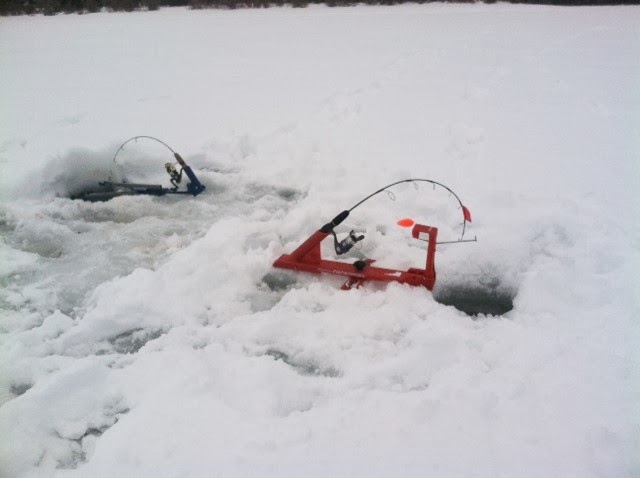 Posted by Idaho Pursuit at 1:53 PM