This last Thursday my wife and I decided to call it an early weekend and take off to the mountains.  We have been talking about going camping for the last few weeks but we have been busy with family outings, reunions, weddings, and any other family gathering you can think of.  We knew if we didn't take time during the week to go camping we might as well not even try because of how busy our summer is this year.


So Thursday afternoon came and I got off work and hurried home to help get ready. We decided that we were not only going to haul our camper but we were also going to pack our canoe! Between my wife and daughter and I, we had my jeep loaded to the max with anything and everything we may possibly need for a simple over night camp trip. The thought came to my mind when we were pulling out of town, "we're loaded for bear". Meaning that we were ready for anything.  Little did I know how true that saying would later become!


We drove up into the mountains to one of our favorite spots to go camping.  Sadly this spot has apparently become quite a few people's favorite spot as well because when we showed up we drove from camp site to camp site looking for a spot we could get some peace and tranquility but we were having a rough time. We drove and drove until we finally found a spot far enough away from the others that we didn't feel like we were camping with strangers.  We were close enough we could still hear their campfire conversations but far enough away to be good enough for a one nighter. 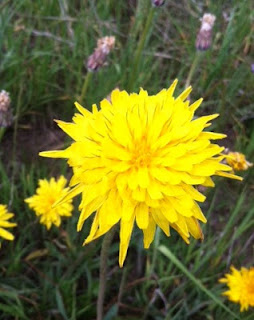 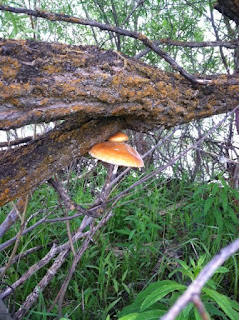 When we finally got to our spot we unhooked the camper and unloaded the jeep. By this time it was already about 830 and I still hadn't had a chance to get some fire wood.  Before we could get everything situated I told my wife that I was going to hurry and drive back down the road we came in on and grab some fire wood.  When getting in my jeep I had the feeling I should take a moment and give her the pistol we had bought her just to be safe... Me being the man I am decided that everything would be fine and I would just be a few minutes... I drove down the road about 2 miles and found a tree that was perfect for fire wood.  Just as I was getting out I had another impression that I should at least load my pistol and strap it on my belt just to be safe... Once again I proved my manliness by convincing myself that I could see the tree I was going to cut up so there was no need to have my pistol.

I cut up the tree into a couple sections and strapped them on top of my jeep.  I hopped in and headed back to camp glad that it had taken me less time than I had thought it would.  Just as I was about 500 yards away from camp I came around a corner into our clearing and spotted a dark colored animal trotting down the road toward my camper.  I slowly stopped my jeep to get a better look at the animal without dodging all the bumps in the road. Just as I stopped my jeep the animal stopped and turned broadside to me and then looked right at me.  As soon as it looked at me I knew exactly what it was... I was now looking directly into the eyes of a juvenile grizzly bear!  This bear was not a full sized bear and was a little on the skinny side which made me a little more nervous than if it was a well fed adult grizzly.
The first thought that came into my mind when I realized what animal was trotting toward my camp was about my wife and baby girl at camp!  My heart sunk that I didn't leave a gun with her, and I suddenly got super nervous that something bad was going to happen to them... Before I could decide what to do next the bear turned back toward my camp and started running straight toward my camper.  I floored my gas pedal and took off toward the bear honking my horn and yelling out the window, "GET IN THE CAMPER"!  I was praying that my wife and daughter could hear me but knew that I was far enough away they probably couldn't.  I glanced at my speed odometer and saw that I was going almost 60 down a bumper dirt road with a tree strapped to the top of my jeep.  I was slowly gaining on the bear and it was still headed right toward camp.  At this point we were about 200 yards from camp and I was finally getting close enough to it I could tell I was making it uncomfortable it kept looking over his shoulder and glancing back at me as I was honking my horn and yelling.  Just as we got about 100 yards from camp I was within 40 yards of the bear.  The bear suddenly darted off to the left and jumped into the reservoir we were camping next to.  The bear hit the water at full speed and started swimming across.  My mind was still on my wife and daughter so I proceeded driving into camp. Just as I pulled up my wife and daughter were stepping out of the camper wondering what all the noise was.  I told her to get back in the camper and that I was chasing a bear.  I loaded her gun and handed it to her then I loaded mine and got back in my jeep to see if the bear swam all the way across the inlet we were camping next to or if it came back to our side.


As I drove back to the spot the bear jumped in, my heart was racing with adrenaline thinking about what could have happened if the bear had not darted off into the water and ran straight into camp. All of the possible outcomes ran through my head while I was looking for the bear.  About 5 minutes passed and I hear a gun shot and hollering about 3 camp spots down from us.  I assume that the bear had made it that far before someone had seen it and able to scare it off some more.  I returned to camp and made sure my wife and daughter were okay.

Later that night we made lots of noise cutting up fire wood and cooking dinner.  We knew that this area had bears occasionally but we had never had an encounter like this. I could have easily taken a few picture with my phone during my interactions with the bear but with my wife and daughter back at camp, the only thing on my mind was their safety.  We definitely made sure that our dinner was all cleaned up, coolers were in the jeep, and all of our food was put in a safe place before we called it a night.
I learned two very important lessons through this situation. I learned that when you feel a prompting, no matter how dumb it may seem, be sure to pay attention to it and listen!  The second lesson I learned is that it doesn't matter what I have, what I'm doing, or anything else, my wife and daughter (and their safety) will always be my number one priority! Never again will I leave their side without first making sure they are safe and protected, prepared for anything they may encounter.  I know I have gotten crap about buying a camper and how I have become a softy by not sleeping in a tent, but I am so glad I have that camper for my wife and daughters safety.  I will always make sure to listen to the promptings I have from this point on. The bear may have never made it into my camp if I hadn't had seen it but I am glad to have re-learned these important lessons for life.