The Freedom of the Outdoors 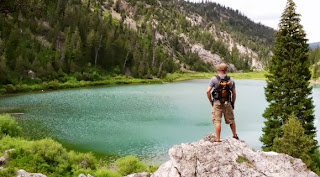 Today is January 29th 2021 and I've been doing a lot of reflecting on why I've let my blog go for so long.  I have written very few posts the last few years and have chalked it up to spending more time with my family.  Truth is, my time has always been filled with my family.  My free-time, my weekends, my evenings are consumed by their presence as that's what I have always prioritized and have chosen to occupy my time with.  So the question remains, if I was already spending time with my family, why have I stopped writing? Why did I use my family as the excuse for not continuing my blog.
Truth is, it has all boiled down to passion.  When I started the blog, I had no expectations, no influences other than my upbringing, and no objective other than journaling to document the memories I wanted to hold onto.  I wrote freely, I expressed my thoughts, concerns, passions, as well as my fears.  I was myself and my writing reflected that.  Then came the, "stuff"...
The "stuff", as I refer to it, is everything that changed for me once I started to write.  The stuff came in the form of physical things such as hunting or fishing gear, food, or other outdoor products.  The stuff was also attention from companies, other bloggers, or local outdoorsmen and women.  One other type of stuff was a following... Regardless of how small my following has been or is, it has been one thing that has left an impression on me.  From likes and follows on social media, or comments on videos or posts.  Each token of connection was interpreted as personal and intentional. 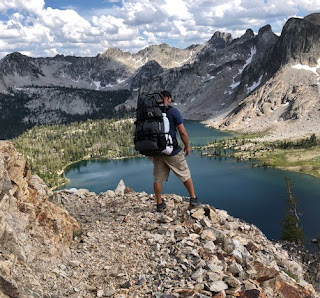 The "stuff" has a way of changing a person. The stories I chose to share on my blog before the stuff were authentic, raw, and unadulterated.  They were full of feeling and had no purpose other than documentation for my own objectives.  When the "stuff" started showing up, there was an unintentional pressure placed on my by myself to meet someone else's needs.  I took the "stuff" in stride and ran with my passions while not recognizing the influence the "stuff" was having on myself.  Slowly but surely, my writings became less of me and more of "them".
As I analyze my writings over the past few years, I search my post for my personality, passions, or any other inclination that I was the one who wrote those words.  Searching those posts brought the same feeling as staring into the dark cloudy night searching desperately for a glimpse of a shining star yet knowing what you're looking for has been covered up by all of the other "stuff" in the sky.   Being disappointed in my writings, I no longer felt the passion to write. 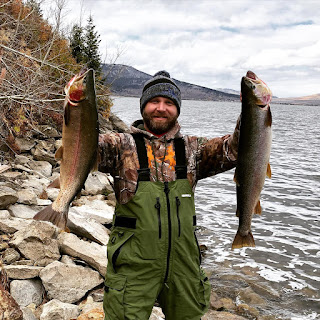 As most of us do when we don't feel the connections we once did, I turned to the things in my life that brought me the satisfaction I was searching for.  I turned stronger toward my family.  Not that I had turned away from them, but more so that I was letting the "stuff" of social media cloud up my skies while complaining that the stars were becoming harder and harder to find.  I turned toward the outdoors.  Not the outdoor channel, Instagram hunting and fishing pages, or Facebook groups but the unadulterated natural influence of the Idaho wilderness!  I hunted to provide for my family and for the pure joy of being in God's canvas surrounded by his creations.  The further I got away from the "stuff" of the world and the influences of social media, the closer I became to who I once was.  Closer to who I was when I started this blog.
This was a wonderful feeling, yet my new insight and clear sky was easily clouded over when I exited the outdoors and entered the grind of daily life.  I had "connections" that pulled me back to the cloudy skies and obligations to companies to promote products or influences readers.  My realization had to bring about change if I wanted it to become more than a feeling.  I cut ties and used the one excuse that was difficult for people to shame someone about.  I told them that I needed to focus on my family and that they needed my attention, while the truth was that I needed my attention.  I needed to find myself again.
Now that it has been a few years of putting the blog on hold, I find myself in a better place.   Not in the sense that the place I was in was bad or wrong, but I was not being me in my writings.  I was letting the "stuff", as I've called it, control what I wrote and how I wrote it.  There was always a sliver of "me" in there, but not the full me... not the person I wanted to be.   I am glad to say that I am confident that no matter what "stuff" comes in the future, I am in a place where I have my foundation of who I am as a blogger and writer.  I will still promote products that I am passionate about and feel would benefit those who read and follow my blog, yet I will not let a company pressure me directly or indirectly to produce a review before I feel I've given the product a thorough review.  I won't write a post or review just to get more "stuff" as in the end stuff is just that... just stuff.
To conclude, my heart leads me to ask myself which "stuff" is in our lives that distract us from the things that bring us closer to who we really are.  What are our purposes and passions that we wish to aspire to.  If you change to be a better version of yourself than the change is more of a conversion to our convictions rather than an adaptation to our surroundings.  The inward reflection rather than the outward influences is what should bring the changes in our future.  Both will have an influence on our decisions, as they should, while the bigger picture is being true to ourselves and who we are.

Posted by Idaho Pursuit at 9:01 AM