I always have mixed feelings about this time of year as the draw results start rolling in and many hunters like myself begin to plan for next year's hunting season.  The reason I have the mixed feelings is because I am excited about getting back into the mountains and patterning the animals I am pursuing, yet at the same time, I know there are many other hunters who will also be "scouting" in my areas as well.

Before I go on I do what to define what scouting is...  According to the Webster's dictionary, the verb scout means, "to spy on or explore an area carefully in order to obtain information."  When you Google for antonyms (opposite) of the word scout, you find words such as, "neglect, ignore, find, and overlook."  When scouting an area for hunting I want to stress the definition of scouting as the act of spying or exploring CAREFULLY to obtain information (emphasis on carefully).  So in other words, scouting is spying on an area carefully without neglecting or finding, as an attempt to obtain information.  I can already tell I have lost a lot of you through my boring English lesson on what scouting really is.... So now I will explain what I mean! 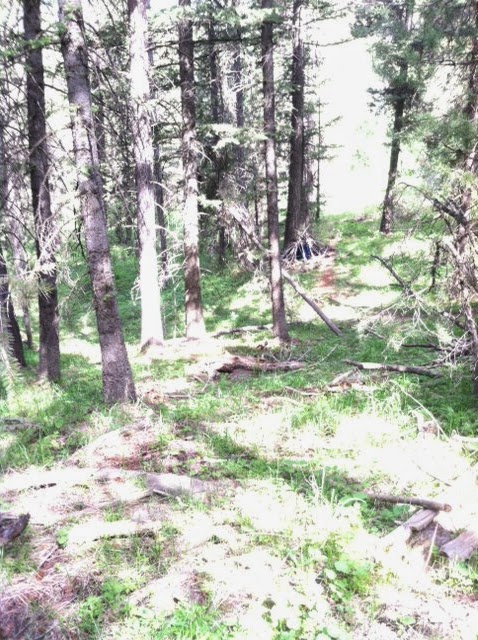 Effective scouting is when you are able to explore an area thoroughly to the point of discovering the animal you are pursuing without that animal knowing you found them!  To do this, it takes a combination of many things including time, effort, tools, and skills.  Especially if the area you are scouting is a new area, some of your efforts may be trial and error so don't get frustrated if you happen to be discovered.

Time - Scouting is not something that you can do casually and do it effectively.  Just like anything in life, if you want to be good at something you need to practice it.  As many of you know, a successful hunter must spend much more time scouting than they do hunting! This time scouting will be well appreciated when it comes time for your hunt to start.  Many of the posts online about scouting tell you that the best time to scout is a few weeks before your hunt opens... As this information is true and accurate, what it fails to suggest is that you get familiar with the area much earlier than that so that you can observe the animals from many different locations without spooking them.  Some things to look for while scouting early spring and mid summer are access points and glassing spots.  These two items will help avoid spooking the animals once they begin to settle into their patterns closer to hunting season.  The more time you spend in your area without spooking the animals, the better chance you will have of closing the distance on the trophy you are after.

Effort - This is a factor in scouting that much like other aspects of life can't always be measured accurately.  Effort is shown by not just going through the motions, but by doing so with the proper skill and technique to not let your presence be known.  This effort is to get as much done in one day as you can to avoid having to disrupt your hunting area multiple times.  An example of this is setting up a tree stand or ground blind. If you go back two, three, or even four times to get everything just right then the animals are more aware of your disruption than if you had just gone in and finished everything in one day.  Like I said earlier though this is one of those areas that is not always easily measured, so if this is not possible for the area you hunt, you are the one who knows if you are making the right effort to do what is necessary.  Another sign of making appropriate effort in scouting is to not disturb the natural pattern of the animal you are after.  In one area I hunt, I have packed in mineral licks, salt blocks, apples, and other items that get the deer visiting the area often and staying there.  Here in Idaho, it is illegal to hunt over a salt block or other items that may be considered baiting in the animal so I do this prior to the season starting which allows for many of the natural food sources in the area to be used during the season.  This is just one example of effort I put into my scouting that has helped me year after year.

Tools - When considering tools that will help you while scouting, the first one I would suggest would be glass!  A good pair of binoculars and a spotting scope that you can spend a lot of time looking through are some of the most important scouting tools you can own.  As expensive as a good pair of binoculars or a spotting scope may be, I would suggest checking out Hawke Optics to get quality optics at an affordable price.  Optics will allow you to look around your area without having to step foot on every square inch of it.  Sitting at glassing points and spending adequate time (here is the time factor again) glassing for sign or game is one of the most, if not the most important part of scouting!  One recent tool I became familiar with which has already helped me a lot this year during the off season is OnXMaps!  This mobile app allows me to scout out different areas while sitting at home on my computer as well as find out who may own the private property I am wanting to hunt on.  This tool will not only help me scout and plan for the upcoming year but also keep track of the sign I find while scouting using their GPS technology! Some of the other tools that can be used for scouting are trail cameras. When placed properly, the trail camera can do a lot of your scouting for you.  A few things to remember about trail cameras is that you don't want it to be something that will spook an animal out of a spot or travel route. When possible, keep your trail camera out of direct eye sight of the animal you are after.  Try to place your camera higher in a tree than in direct eye sight of your animal or even hidden back off a trail.
Skills - This area of scouting is putting everything together into a complete package.  As all of us know, when it comes to mother nature, things don't always go as planned.  The skill of effective scouting is knowing when you made a mistake and figuring out how to fix it.  Researching hunting strategies and techniques are good ways to acquire new skills but just like any real life skill, you must practice it to get good at it! It is also important to know that every area is not the same and that what works for some hunters may not work for others... The skills in scouting is knowing your area and prey well enough before the hunt to give yourself the advantage during the hunt!  While growing up hunting, I have become a believer that some people were just born with innate hunting skills while others acquire them through much trial and error.  I won't tell you what side of the spectrum I am on... haha

In conclusion it is simple really but easier said then done...  To effectively scout you will do everything and anything to make sure your presence is not known by the animal you are after while still getting the upper hand and knowledge you are after.  A combination of time, effort, tools, and skills is necessary to scout effectively.  If any of these four factors are missing, then the scouting trip may be as unsuccessful as some of your hunting seasons have been :) and I'm speaking of first hand knowledge right there! haha

Posted by Idaho Pursuit at 7:13 PM